Eldest son of Richard Herbert of Montgomery Castle, sheriff and MP for Montgomeryshire in the 1570s and 80s. His brothers included the poet George Herbert (1593-1633). Studied at Oxford 1596-1600, without graduating, before moving to London and court life in 1600; returned to Montgomery Castle 1605. Between then and 1619, when he was made English ambassador to France, he travelled extensively on the continent, involved for some of the time in military activities. He was well known in London court and literary circles, and was friendly with John Donne, Ben Jonson and John Selden. After a number of difficult diplomatic incidents he was recalled from Paris in 1624 and given the Irish barony of Castle Island, followed in 1629 by the English barony of Cherbury.

Although associated with court life during the rest of the 1620s and the 1630s, Herbert had no official position. After travelling with Charles I during 1639-41 as a member of the council of war he returned to Montgomery Castle and deliberately tried to stay away from military conflict. In 1644 he surrendered the Castle to Sir Thomas Middleton and his Parliamentary forces, partly in order to obtain a guarantee that his books and goods in London would not be sold (as threatened), and that his books at Montgomery would be kept safe from looting. He moved to London in 1645, confirmed allegiance to Parliament, and spent most of the rest of his life there, in declining health.

Herbert’s reputation both in his lifetime and since rested primarily on his philosophical and historical writings. During his years in Paris he wrote his most famous work, De veritate (On truth), published in 1624 (later editions 1633, 1645), on ways of perceiving truth, and its relationship with religion. Other works were published posthumously, including The life and raigne of King Henry the eighth (1649) and De religione gentilium (1663), a study of comparative religion. 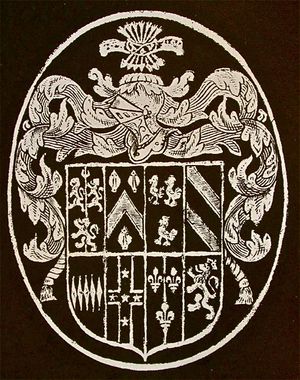 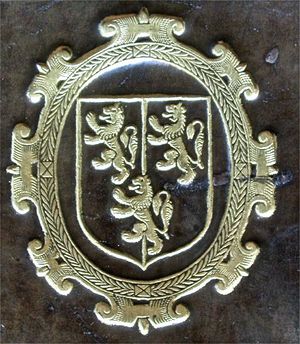 Herbert assembled significant collections both in Montgomery and in London. the National Library of Waleshas a manuscript catalogue of Herbert’s library, made ca.1637, containing over 900 entries (NLW MS 5298E). He bequeathed his Latin and Greek books in his London house to Jesus College, Oxford, where the contemporary inventory made on receipt lists ca.930 books, most of which remain in Jesus College today (a full list is printed in the 1937 OBS article, see Bibliography below). They cover a wide range of subjects, including theology, philosophy, law, astronomy, mathematics, medicine, music and military affairs. His English books and manuscripts in London were directed to be sent to Montgomery, to be added to the collection there, and bequeathed to his grandson Edward Herbert, 3rd Baron Herbert of Cherbury (1630-78), on condition that he did not sell or lend them. The total size of the combined collections is not known but seems to have been at least 1500 volumes. Montgomery Castle was destroyed in 1649 and it is not clear whether all the non-Jesus books survived the uncertain years which followed, but several hundred Herbert books went to the manor of Llyssyn (also bequeathed to Edward 3rd Baron) and thence descended to the Earls of Powis. In 1937 ca. 230 of Herbert’s books were said to remain at Powis Castle; many of these were dispersed in sales at Sotheby’s, 16-17 January 1956 and 20 March 1967. In 2007 a small number of the books were still in Powis Castle, in the ownership of the Earl of Powis. Examples: numerous in Jesus College, Oxford; Bodleian Library Broxbourne 47.1; Durham UL Bamburgh Q.II.21; Cambridge UL Rel.c.63.4 (De veritate). 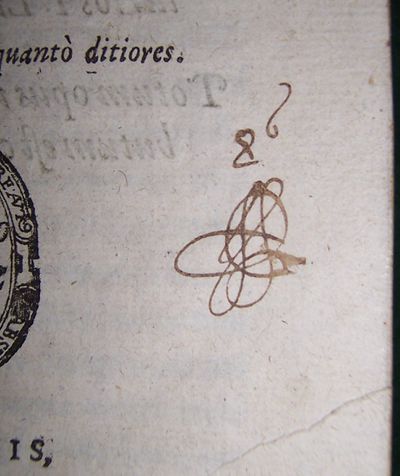 Herbert commonly inscribed the titlepages of his books with a monogram based loosely but rather messily on the letters EH, but sometimes signed his name. He commonly added the price paid. He used two armorial stamps incorporating the family arms of three lions rampant. A number of copies of the 1639 Paris edition of his De veritate survive identically bound in red goatskin, gold-tooled with a central stamp incorporating his crest of seven arrows passing downwards through a band carrying a Greek inscription; it is assumed that these were presentation copies, although they are not inscribed. A variant crest tool is found on the binding of two Herbert manuscripts now in the Bodleian Library (MSS Bodl.910, e Mus.95).

Retrieved from ‘https://www.bookowners.online/index.php?title=Edward_Herbert_1582%3F-1648&oldid=19729’
Categories:
Content is available under CC BY-NC 4.0 unless otherwise noted.