Difference between revisions of "Edward Hungerford 1596-1648"

Born at Stock, near Great Bedwyn, Wiltshire, eldest son of Sir Anthony Hungerford, MP for Marlborough and Great Bedwyn. BA Queen's College, Oxford 1611, admitted at the Middle Temple 1613. MP for Wootton Bassett 1614, and thereafter an MP for various constituencies throughout the 1620s and 1640s. He was knighted in 1626 and held various Wiltshire administrative offices. On the parliamentarian side in the Civil War, he led troops in several military encounters in the south-west in the early 1640s, but proved to be "an incompetent military commander" (ODNB). He died at Farleigh Castle near Bath, in whose surrender from royalist forces he had participated in 1645. 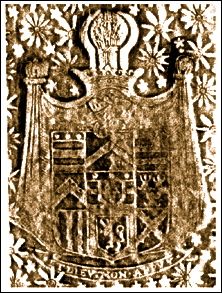 Hungerford is recorded in the armorials database on the strength of one book now in the Clements collection, a particularly finely bound copy of The auncient ecclesiastical histories, 1619, National Art Library Clements DD4) decorated in centre- and cornerpiece style with Hungerford's arms at the centre, with an inscription recording the gift of the book from his wife in 1636. No other books from his library are known, and his will makes no mention of books; all the residue of his chattels and household stuff was left to his wife.

Retrieved from ‘https://www.bookowners.online/index.php?title=Edward_Hungerford_1596-1648&oldid=21236’
Categories:
This page was last modified on 29 November 2021.
Content is available under CC BY-NC 4.0 unless otherwise noted.