Son of Edward Hungerford of Cadenham, Wiltshire; the Hungerfords had been an established family there for many generations. Matriculated at Christ Church, Oxford 1653, but did not graduate; admitted at Lincoln's Inn 1656. Knighted ca.1661, when he became MP for Cricklade; he held parliamentary seats for other Wiltshire constituencies between 1679 and 1701. He is noted as an active MP in the late 1670s and early 1680s, when he was vocal on the anti-Catholic side of debates around the exclusion of the Duke of York from the succession. 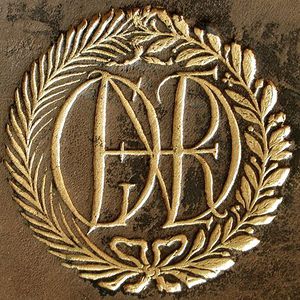 Hungerford's lengthy will refers to "the honour we had of our name and family" and the various stamps used on his books is doubtless a manifestation of that. The will has no specific mention of books, but directed that all his personal estate be left to a group of friends, as trustees, to be administered so as to pay various annual benefits to members of his family, and to provide for the education of his grandson. He was in financial difficulties – "it will be found after the publication of this will that my affairs are so much intangled and in confusion" – as the estate was mortgaged to Sir John Newton, with an outstanding debt of £1400, and his son Walter had cost him an estimated £2700 in a "groundless and unchristian" suit in Chancery.

Hungerford used four different binding stamps on the covers of his books, including an armorial crest design and a distinctive, elaborate monogram stamp based on the letters of his surname, within a circular wreath. He sometimes annotated his books; a copy of Churchill's Divi Britannici, 1675, now at Ham House, has a marginal note about the book having been produced in Parliament and given to him by Sir John Coventry.

Retrieved from ‘https://www.bookowners.online/index.php?title=George_Hungerford_ca.1637-1712&oldid=21237’
Categories:
This page was last modified on 18 May 2022.
Content is available under CC BY-NC 4.0 unless otherwise noted.