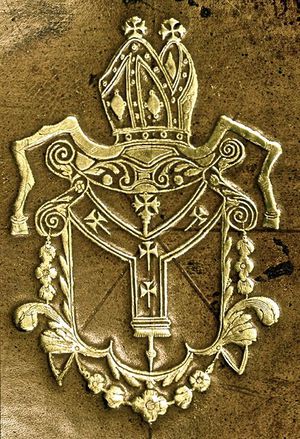 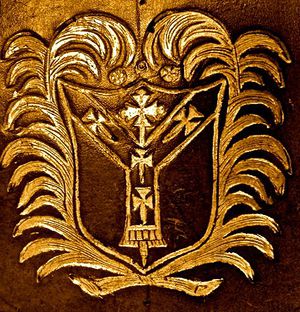 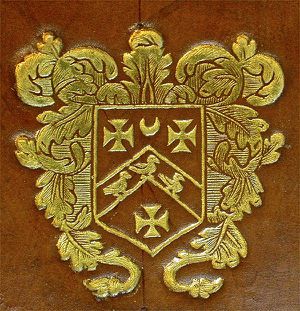 Born at Fressingfield, Suffolk, son of Francis Sandcroft, a member of a long-established and moderately wealthy family of yeoman farmers. BA Emmanuel College, Cambridge 1637 (where his uncle William was Master 1628-37), MA 1641, fellow 1642, BD 1648, DD 1662; held various College academic and administrative offices before being deprived of his fellowship in 1651. Spent the early 1650s in retirement at Fressingfield or London, before travelling abroad 1657-60, where he fostered his connections with John Cosin, Michael Honywood and other exiled British scholarly clergymen. Chaplain to Cosin as Bishop of Durham, 1660; Rector of Houghton-le-Spring 1661, prebend of Durham Cathedral 1662. Chaplain to Charles II 1661; Master of Emmanuel 1662-64; Dean of York 1664, for 9 months, before becoming Dean of St Paul’s later the same year; Archbishop of Canterbury 1677 until suspended in 1689 for refusing the oath of allegiance. Remained at Lambeth palace until 1691, when he retired to Fressingfield, where he died. Although he published relatively little, he was closely involved in the 1662 revision of the Book of Common Prayer, which he contributed to as well as seeing the book through the press. He retained contact with Emmanuel after moving to London; he helped secure a donation of £200 for library books from Rachel, Dowager Countess of Bath (1677) and was involved in plans to build a new chapel in the 1670s. At Lambeth Palace, he took an active interest in the running and development of the Library. He personally compiled a catalogue of the manuscripts, had many rebound, and oversaw the addition of printed books from the collection of his predecessor Gilbert Sheldon.

Evidence of book purchasing activity runs from Sancroft’s student days throughout his life, documented in correspondence and extensive personal manuscripts collections. He bought books in Cambridge, London, and more widely, including the acquisition of material when he travelled through Holland, Switzerland and Italy in the late 1650s. He acquired some collections en bloc, including the library of the physician James Windet (d.1664) and George Turnbull, Rector of Easton.

By the time of his return to England in 1660 he had a sizeable library, then stored in the family home at Fressingfield, but moved to London in 1665. The collection was damaged but not destroyed in the Great Fire of 1666, and continued to grow throughout his time as Archbishop. His original intention to bequeath his books to Lambeth Palace changed after his deprivation and he gave them to Emmanuel instead; they were sent in two batches, one received shortly before his death, the second posthumously. They were housed in a newly built library, converted from the old chapel. Although the bulk of his collection went to Emmanuel, some books remained with the family at Fressingfield, including his manuscripts collections which were subsequently sold to the bookseller Christopher Bateman, from whom they were acquired by Thomas Tanner. The books at Emmanuel, which have always been kept as a discrete collection, comprise ca.7600 vols, ranging widely over theology, history, science, philosophy, law, geography, literature and other subjects. Examples: beyond the many at Emmanuel, NLS Nhs.B5, [others].

Sancroft only rarely inscribed his books although a gilt armorial stamp showing his arms as Archbishop is sometimes found on his books, and also on the rebound manuscripts at Lambeth Palace. A specially printed bookplate was inserted into the books after their receipt by Emmanuel.

Retrieved from ‘https://www.bookowners.online/index.php?title=William_Sancroft_1617-1693&oldid=23618’
Categories:
This page was last modified on 2 December 2022.
Content is available under CC BY-NC 4.0 unless otherwise noted.